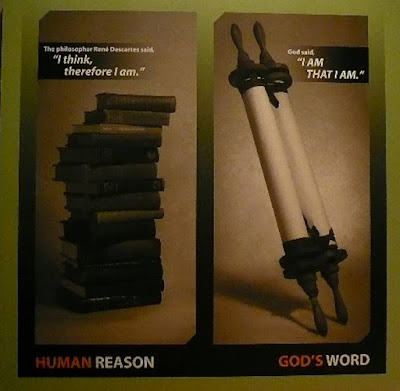 We visited the Creation Museum in Petersburg, Kentucky (near Cincinnati, Ohio) in late August with others in our homeschool group. And what a great start to the school year it was.

While the museum doesn't waffle on whether or not creation as spelled out in Genesis is true, I felt it took a pretty respectful tone toward the creation/evolution debate.

Clearly, the challenge to every visitor to the Creation Museum is to consider that one's worldview has a huge impact on how one views the evidences (fossil finds, geological formations, etc.) of earth's history. In other words, nearly every exhibit and program there emphasizes that scientists on all sides of the debate (creationists, IDers, and evolutionists of all stripes and persuasions) all have access to the same evidences, but the lenses through which one approaches the evidence has great influence on the interpretation of those evidences. To come away from the Creation Museum and not understand this is to have missed a huge point of this museum's existence. 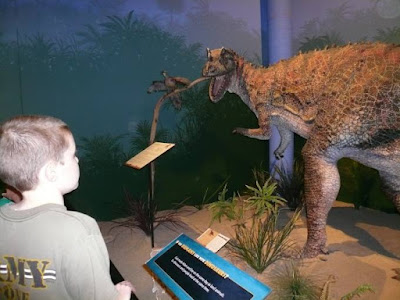 Certainly, no one could complain that the facility isn't top-notch in its design, attractiveness and effective layout. The dinosaur models were eerily real. 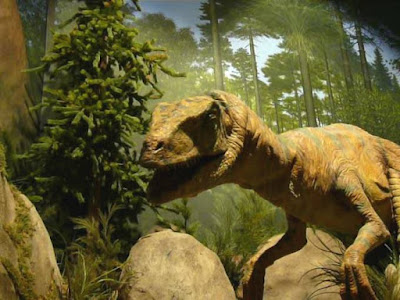 I'm pretty sure this one hadn't had lunch. I was a little nervous snapping this shot. Just a few seconds later it growled at me. 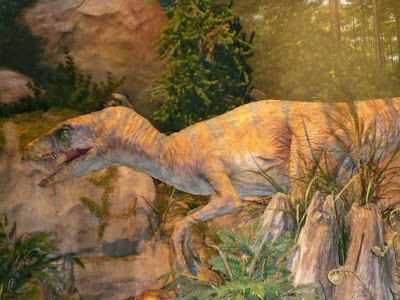 But then something else grabbed his attention and I was no longer the tasty-looking morsel I was imagining myself to be. 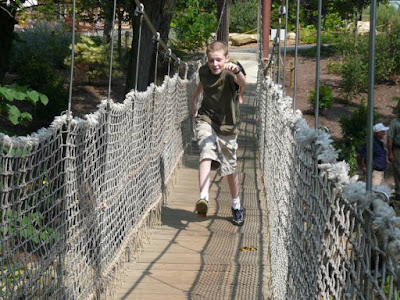 I'm not sure which Ben considered more fun. Running back and forth over this suspension bridge dozens of times, or... 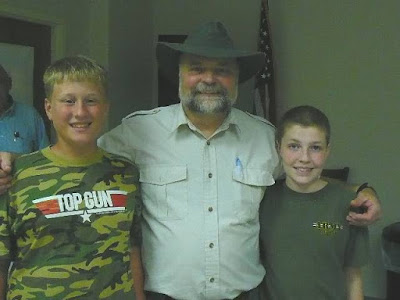 ...Meeting Buddy Davis. Ben talked about singing, "Billions of Dead Things" with Buddy Davis for days. Ben (on the right - Buddy's left) and his friend, Chris, pose with Mr. Davis. It was a highlight of the trip. Buddy Davis is the creator of many of the dinosaurs on display at the Creation Museum. An artist and a musician and a great story-teller, to boot.

The Planetarium was probably the highlight for everyone, though. We've been to various planetariums over the years and always learn something new, but I have never seen a planetarium show of this caliber before. The quality was stunning, but the perspective of how huge our galaxy is and yet how small in comparison to the known universe was thought-provoking. The perspective of how small our sun is to stars like Betelguese and Antares was breathtaking. Really, the overall feeling one had when leaving the planetarium show was one of being awe-inspired and desiring to know more. In comparison, other planetarium shows that we've attended, I believe have been overly cute, too simple to inspire, and well...dull. I have been ruined for anything else, I fear.

It was a great day in all respects. And a perfect start to a school year in which Joel will be studying Astronomy and Ben, Zoology -- among other good things for our noggins.

Got a call from Nate today. He just wanted to say "Hi" and "I love you" (does it get any better than that?) Filled with warm fuzzies, I realized that I had never posted pictures from his last day at home/first day at college this year (sophomore year). We took some pictures just before he and Greg got in the car to leave and then....just like that - we were Nathan-less once again. 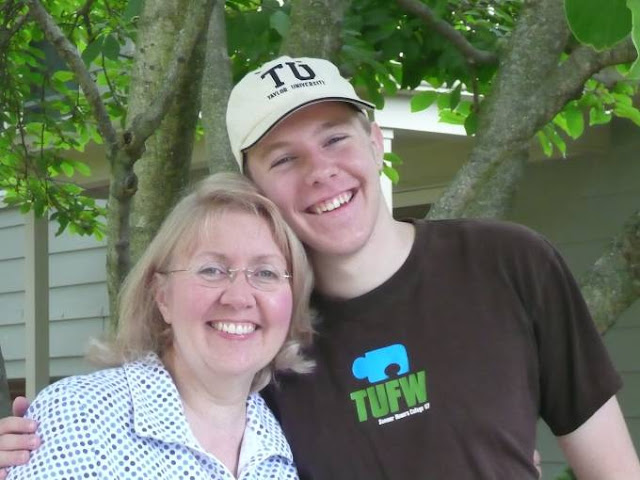 This picture perfectly depicts (in caricature) our three very different sons. I'll just let the picture speak for itself.

Greg sports this dazed look most of the time these days.


Nate was very glad to get back to college to see his chums and have a social life again. I guess working 40 hours/week and taking an online class and trying to catch up with everyone on facebook in the wee hours didn't cut it for social stimulation. Not to mention most of the summer was spent living amongst the chaos of boxes and furniture (I'm happy to say the flood of 2008 is becoming a distant memory)

And I'm not the least bit bothered that home can't compete with the social life of even a tiny little college campus. I'm very much at peace that Nathan is thriving as he grows into the man God is shaping him into. I pray for him more -- not because I worry exactly, but because it's really the only thing I can do for him sometimes. Our children outgrow so many needs, but they never outgrow their need of our prayers.

I guess it's good to still be needed. ;^)
Posted by Becki 1 comment: