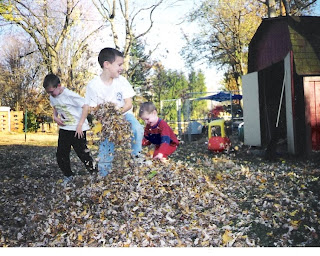 Just a random picture from the past...
Posted by Becki No comments:

Everyone, it seems, is buzzing about their "word for the year".   Well, I'm no different.   Except that I don't really have a word for the year.   Huh?   Let me explain.

For the past two years I've participated in this little exercise and I picked out great words - if I do say so myself.

Two years ago my word was INTENTIONAL.    What could be better than being more intentional?  I printed out the word, posted it in several strategic places and there it stayed.  All Year.   Reminding me every day to be intentional and causing me all year to wonder if I was.  Intentional.

I got to the end of the year and I had this sinking feeling that I really hadn't done much that was all that intentional.  Come on.  We're all guilty.  Days go by.  Weeks go by.  Months go by.  And we are so busy.  Or distracted.  Does the reason really matter?  At the end of a year, if we're really honest with ourselves we can all probably look back and have this sense that we didn't do all that we had hoped.  For me, I felt I hadn't been all that intentional.  In relationships.  In my activities.  In ministry.   In my life in general.  Come December 31, 2010 I had to admit I had failed to live a very intentional life.


I was disappointed in myself, but figuring I had just chosen a poor word, I set to work to think of a better word for myself for 2011.

I didn't want to commit too early, so I contemplated carefully.  I believe it was around. . .um. . .yep - June when I finally came up with my word.  My new word was Magnanimity (or Magnanimous).   And by focusing on that word I hoped that I would become that.  Big-hearted.  Generous - in spirit and deed.

Now, I know I only had about 6 months (compared to 12 the previous year), but still. . .you'd think I'd didn't need that much time to learn my lesson again.  Typing a word out and posting it in guilt-inducing places does not make one that word.  I thought about the word a lot.   I loved my word.  I contemplated ways to be magnanimous.  I imagined how great it would feel to be free with my time and energies.  But again, I got to December, 2011 and I looked back on a year of the same.  Mostly stingy, selfish hoarding of my time and energies.  That may not be completely true outwardly, but inwardly I knew I was as selfish as all get out.

As I sat in church on the first day of this year, I decided (momentarily) that I just wasn't cut out for this word for a year thing.  Who needs it?  Picking a word doesn't mean anything.  It had not meant anything for me - except to expose my unintentional-ness and lack of magnanimity.   In fact, as this past year had passed and I was painfully aware of my lack of magnanimity, even with those I love, I recognized a principle at work.   I recognized that in my attempt at preserving (okay - hoarding) my energies and time I shrunk in spirit.  I became less.  Instead of magnanimous I was, too often, petty.  tired.  selfish.

As I continued to sit there that Sunday morning it occurred to me that I had focused on the wrong thing.   I had thought about ways to be those things and how great I would feel when I had done them.   But there was a disconnect.  Obviously.  The simple truth was that I simply needed to do those things.  A whole lot less thinking and a whole lot more doing.  A pretty simple concept - even for an over-thinker like me.

We had a free-sharing time at church on January 1st.  People shared their goals, their visions.  Really whatever was on their hearts.   I had no INTENTION of getting up and speaking, but I was so motivated by my little epiphany I decided to share too (we're a small fellowship, so this isn't as big a deal as it might sound - but it was very real.  And good.)

Another gal shared in her thoughts the idea of "Being It".  Yeah.  I like that too.  But Do It  or Be It - it's all kinda the same thing.  Kinda.  Okay, not really, but I'm rolling the thoughts into one and making them the same.   One doesn't do Intentional or do Magnanimity.  One is those things (or not).  I can BE Intentional or Magnanimous (or not).  But to BE those things I have to DO IT!   Get my drift?

Just watch me.
Posted by Becki No comments: