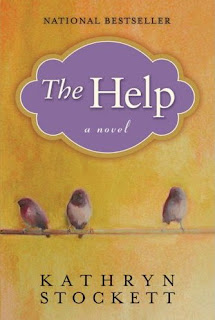 This book took me into the life of southern America during the early 60's. I would have been the age of the children in this book, but growing up in the midwest the life that is described in this book is completely foreign to me. It is an important book to me on that count alone.

I would give the book 5 stars, but I do believe it slipped a couple times trying to be "politically correct". Firstly, by occasionally expressing some ideas that were unlikely expressed (at least in the way they were) during this time period. And secondly, by idealizing black women (particularly domestic help during the time period portrayed). It tried to look like it didn't do these things, but it did. In the end black women were the only heroes, white women the only villians, and everyone else was a puppet or victim. People are much more complicated than this, but perhaps the book would have become too unweildy had the author attempted to show so many dimensions of the characters.

All that said, I do highly recommend the book. It is a good read that you'll likely feel ended far too soon. But more importantly, it can provide fodder for discussion that many of us would likely never have.

Be sure to read the author's notes at the end of the book (very easy to miss as they are behind the acknowledgments).
Posted by Becki No comments: