At the end of this past week I was feeling discouraged about how unproductive the last week and a half has been.  I'm finding my days just getting away from me.  Hubs' and my sleep patterns are way off, and even though I'm not doing anything strenuous, I find that on most days I'm just tired.  And unmotivated.   Watching podcasts has become the default activity between things I have to do - like cooking and laundry.  And the only thing I've wanted to do when I sit down to watch a podcasts is knit dishcloths.  Just wait until you see the pile!!!

Not that knitting dishcloths is bad, but I'm realizing I need a plan to get my rear in gear.  More on that later.  I did decide, though, on the crafty front that starting a new project Friday might just get me out of my dishcloth inertia.  I looked through patterns for inspiration and I decided to make something I've done before and that I know provides enough interest to keep me at it.

I pulled out these two colors of Shawl in a Ball yarn from my stash: 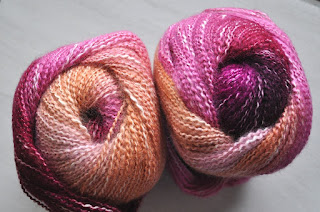 And started making my second Cakes Two to Tango shawl.   My link goes to the first one I made, but here's a peek at my current one: 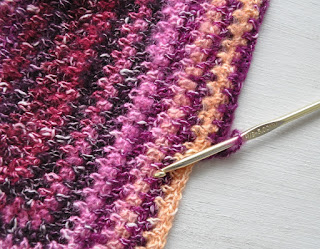 The idea behind this is you start your cakes (or skeins) of yarn from opposite ends, and changing colors every two rows gets the colors to mingle in interesting ways, fairly effortlessly.  It's fun.  And it's a nice departure from knitted dishcloths.  😄

I'm also giving thought to what my days need to look like.  I admire those who create schedules, but except for work or outside activities, I'm just not a schedule-follower at this point in life.   As I was thinking of how to be motivated to be productive during the remaining 9 days of social distancing (and beyond), I considered what kinds of things tend to motivate me.

Last November I completed a 30-Day Minimalism challenge.  It was really successful and cleared out a bunch of stuff.  Then in January, I was motivated to go through my house with a different purpose - to find things to donate to a fund-raiser rummage sale.  Again, highly successful.  I have found reading books, and watching some videos to be motivating in the sense that they are perspective-changing, but I needed something to, again - break through the inertia that has set in.

And suddenly, it hit me!   I think I was in my bedroom at the time and a question occurred to me...  "If I were quarantined in here for 14 days what would I grow sick of seeing?"

Wow!  Suddenly I saw things with fresh eyes.  Things I've been thinking I'm not really ready to get rid of, I could suddenly see myself bagging up and carting to Goodwill - and saying a hearty "good riddance!" to.

So...  While I've yet to do this seriously today, I did spend a few minutes going through a small storage space where I had stuffed some old, yellowed, worn-out embroidered pillowcases, and decided it was time to do something about them.  The pillowcases aren't worth saving at this point, so I cut off the hand-crocheted lace to save for some future craft purpose.  And decided to take a picture for posterity: 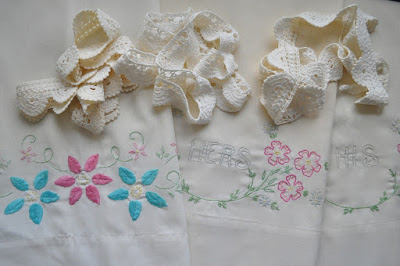 Now, I know someone is going to question throwing these away.  But questioning that myself for years now is precisely the kind of thing that has stymied me from moving on with decluttering.  These look really sweet in the picture.  And in a sense, they are.  But some of the embroidery is seriously worn, and the cases are so badly yellowed and thin there's no way I'm going to use them again.  My husband's grandmother made these and the His and Hers cases were put on our pillows for when we returned from our honeymoon.  That memory is very sweet, but the pillowcases no longer are, so I've decided to record them here for their memory to be preserved in some way.  And then out they will go.

While I may work on the bedroom later today, my goal will be for each remaining day of  this "15-days to slow the spread", I'll pick a room and ask myself some form of the question, "If I were quarantined in this room for 14 days what would I truly grow sick of seeing?"  And then (hopefully) get rid of those things.  I'll try to take some daily photos of my progress.

I don't know how successful I'll be every day, but I need to start somewhere.  Even if it's just a motivator to clean and organize stuff, I will count it a success.

Now!  Even though I'm a few minutes late, I'm going to go play the piano for a little while - along with Liz at Field and Fen who's going to be playing her recorders.  If you miss the invitation in time to join in at 3:00 pm, EDT, you can make music at any point, any day.  It's a lovely idea, and I'm hoping it also serves as a push to use this time to get back to piano playing somewhat regularly. 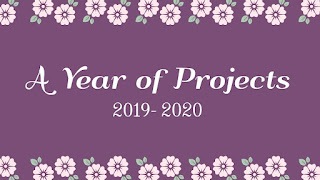 Back with an addition:  I told hubs I needed to play the piano and that other bloggers were being invited to join in making music at this time.   He came into the living room about mid-playing and looked around. I asked him, "what are you looking for?"   He said, " I was looking or the camera to see how you were recording this."   I asked him, "Why do you think I'd feel the need to record myself?"  To which he replied, "How will you prove you've done it?"  To which I then replied, "I don't have to prove I've done it - it's just a nice invitation to do something nice - for oneself - maybe for the universe.

But since he planted the idea in my head, I went and got the camera, got it focused and asked him take a picture.  Of just my hands.  Goodness knows, I didn't need a picture of the whole of me!

So here's the proof.  Just for fun. 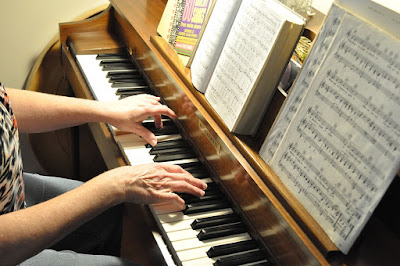 Then finished off with some rusty renditions of:

Blue Moon
and
Do Not Forsake  Me (theme from High Noon)
when I finished, hubs called out from the other room, "Gary Cooper!  High Noon!"

Yes, that's a glimpse into my home on this (another rainy) Sunday afternoon.