Ever since I thought of this idea of documenting new things, it seems that new things just keep presenting themselves.  I've started writing things down in a notebook so I can remember to share them here.
I expect many of these "new thing" posts to be short, and most to only cover one thing, but to make way for more new things, I’m going to be making some posts, especially here at the beginning, mentioning more than just one.
One of the Christmas gifts I received this year was a Chronological Bible from youngest son.  I’ve always thought it would be interesting to read through the Bible chronologically, and watching Hub read through one last year (and I think he’s doing it again), I decided to I’d like to have my own copy.  So I put this one on my wish list and got it: 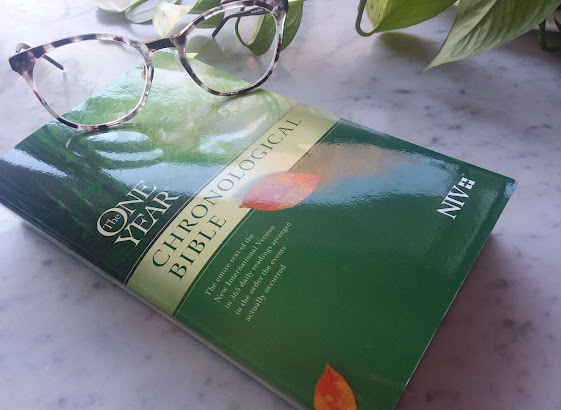 I may be making another One new thing post on it when I finish reading it.  ;^)
I'm just realizing the glasses are also new.  I got them just last week, and I am enjoying something a little different than I’ve worn in years.  They’re bigger than anything I’ve worn since the 1980’s and I’m finding I like the extra space in the reading portion of the lenses.
Ok, next...
When I was shopping last, I picked up some collard greens.  These are such a new thing to me that right there in the store, I got out my phone and googled how to cook them in case I needed to pick anything else up.  I know my mother used to cook greens when I was young, and they looked like the nastiest thing on earth and I’m sure I never even tasted them.  I decided it was time to change that.  So tonight I turned these: 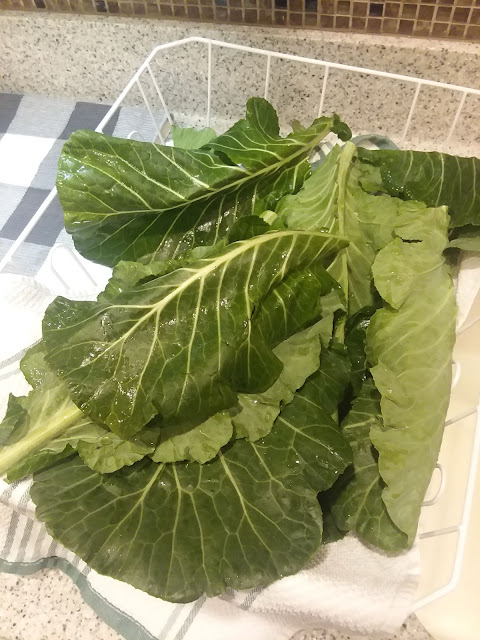 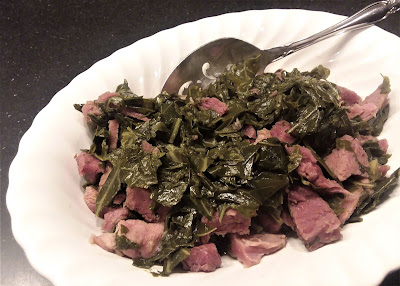 Most recipes I found called for bacon, or ham hocks.  Well, I wasn’t willing to sacrifice expensive bacon in something I wasn’t even sure I would end up wanting to eat, and I didn’t want to sacrifice ham bones I have in the freezer (that I’m saving for ham and beans) for the same reason.  So I just pulled out a baggy of frozen ham chunks and cooked the greens with those.   It worked great, but I will say I should have not added salt when I was cooking.   It was all pretty tasty, but no one needs that much salt.

The verdict.  I’m glad I made them, but I don’t know why anyone loves them (like the many recipes I came across attest to).  Hubs, I could tell, is hoping I don’t feature them too regularly – if ever again.   Anyway… one new thing, easy to cook, and now I know we won't starve if collard greens are the only vegetables we're allowed to eat in the new world order...

And lastly…  who reading this knew that the IRS wants people to let them know when they change their address – and that they created a form for the purpose? 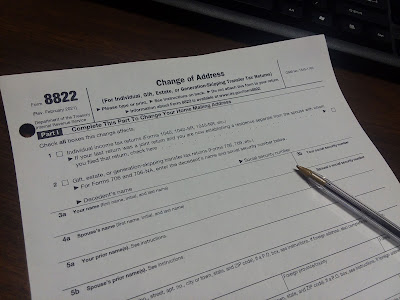 Of course they have a form for this...

I don't remember why this came across my path, but as I’m starting to worry about being on top of everything I’ll need for a fiduciary tax return for my brother’s estate, I came across this information online.

I've asked a few people who I know have moved in recent years if they knew this form existed, and not a single person knew this.  So...  while I'm guessing most people don't know about this, and I'm not telling you you need to fill one of these out if you move,  the consensus of advisors online is that you should. 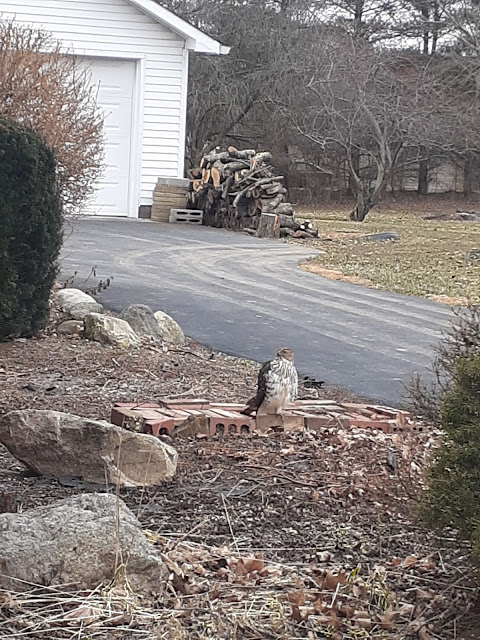 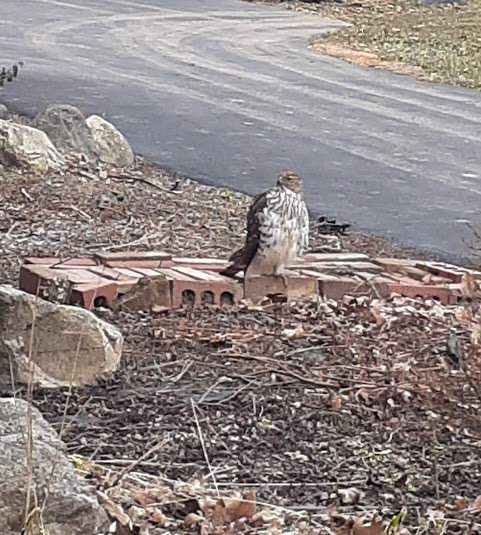 Right after he took the picture, it flew to the top of the woodpile  behind it in the top picture.  I then spent 15 or so minutes trying to take a picture of it from the sun room, but my pictures were even blurrier, so I'll not trouble you with one of those, but when it flew off again, I went outside looking for it and found it on the other side of the white detached garage, sitting on the edge of a strawberry patch (which is one other new thing for me): 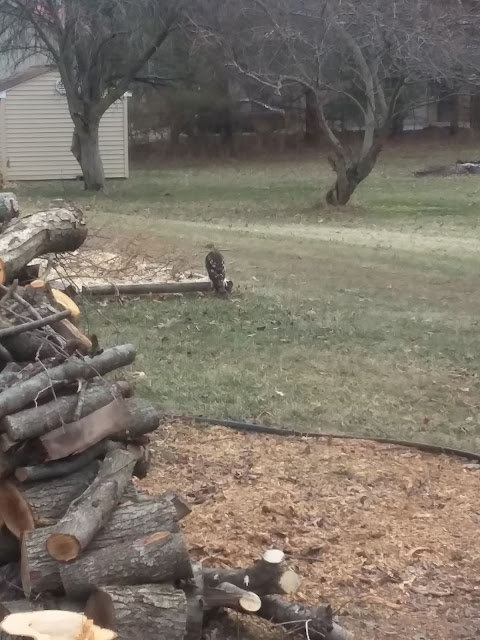 I know the pictures are terrible, but that was a most exciting thing today.  After hubs asked some birding friends to look at the pictures, getting different opinions, then after doing a bit of research online, I'm thinking it may be a juvenile Cooper's Hawk.  I don't know if we'll see it again, but it was pretty exciting to see it today! 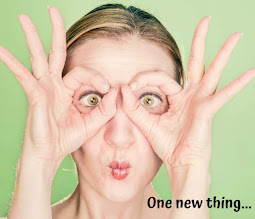