Picking green beans and cucumbers is an almost daily game of Hide and Seek. 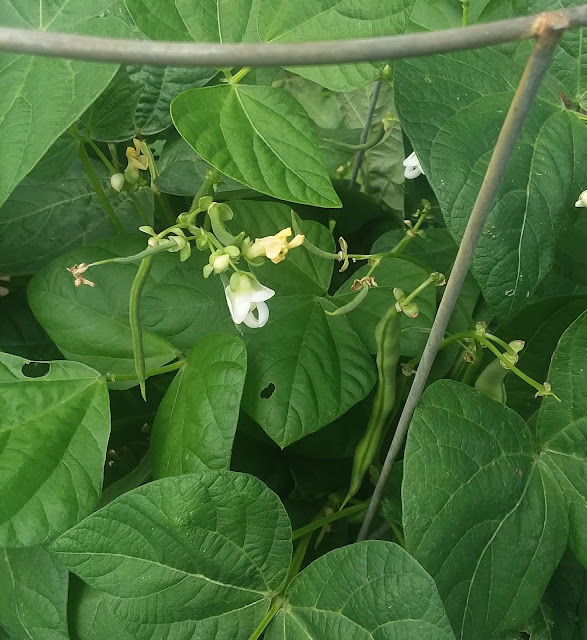 The above picture doesn't show any of the plant's stem, but the stems that support the main part of the plant look very much like the green bean itself - with something that looks like the dark "spine" in the middle of the green bean.   It's kind of fascinating how similar the two parts of the plant look, but it makes it really challenging to find the mature beans sometimes.  I've been fooled a number of times reaching for a green bean, only to find myself grabbing hold of a stem. 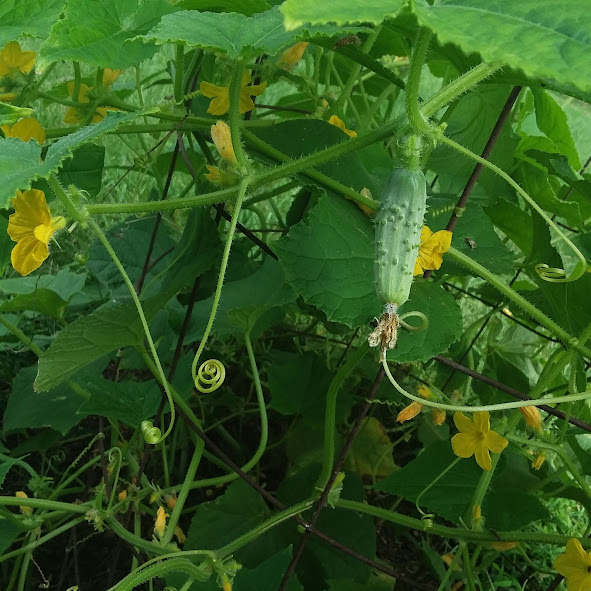 I circle around and search through each bean and cucumber plant two or three times before feeling reasonably confident I've found all that are the right size for picking, and a couple days later I almost always find a giant cucumber I missed.  When this happens, they are always so large (like 7 inches or more), I wonder how on earth I must have missed it several times.  It starts to feel like the plant is playing pranks on me.

While I try to harvest the pickling cucumbers before they get over 5 inches long, it's important, I've learned, to never let a cucumber grow so large it turns yellow.  At that point, the plant will likely stop producing fruit and think it's time to die.  So evidently, as long as I keep picking while the fruits are young, the plants will keep producing.  But if I let just one go too long, and get too old, it's Game Over!

I have to say when I decided to plant cucumbers, this was not a game I anticipated. 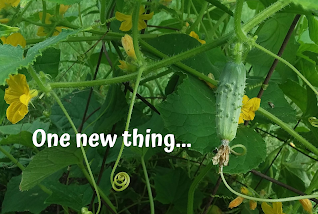 Email ThisBlogThis!Share to TwitterShare to FacebookShare to Pinterest
Labels: Art in my everyday, Everyday Aesthetics, Gardening, One New Thing