Button, button. Look who has buttons! 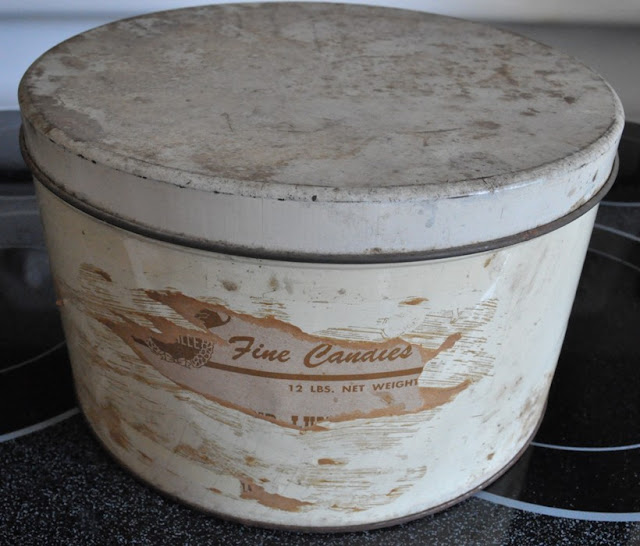 A very BIG tin of buttons.

That at one time was just about chock-full. 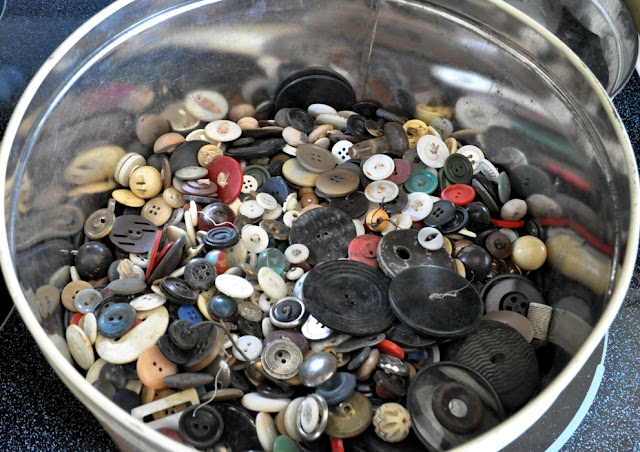 I've been sorting them ever since.

Every few years, or so, I pull out the tin and clean some and then store them with like buttons.

I've got quite a collection of old buttons.

Though, I don't keep them for the sake of collecting them.

I clean them and sort and store them, and once in a while use them for crafting purposes.  Or for costume purposes when my sons were younger.  These old buttons have come in handy over the years.

I'm not sure who started collecting buttons in this tin.  I suspect my grandmother (who I never really knew) began the collection and then my mother probably added to them.

I'm not sure what inspired me, but today I decided to pull out some buttons and spend a little time sorting and cleaning them. 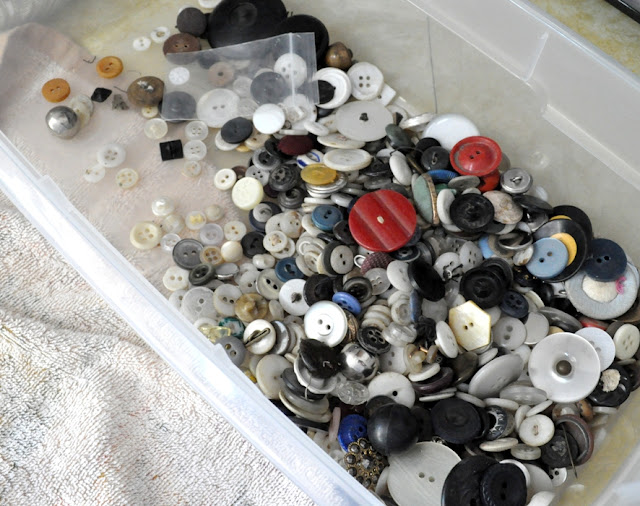 I'm working from this 👆 batch today.

A few at a time, I put some into warm soapy water, 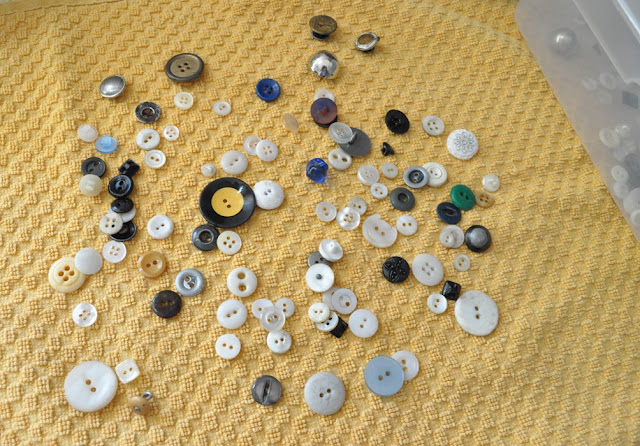 Scrub them a bit if they need it, then lay them on a towel to dry.

It's so much fun to see the different buttons - both as I'm pawing through the mass of dirty ones hoping to find matching ones; and then as they lay on a towel drying themselves and I imagine what I might use them for...

This batch is going in next: 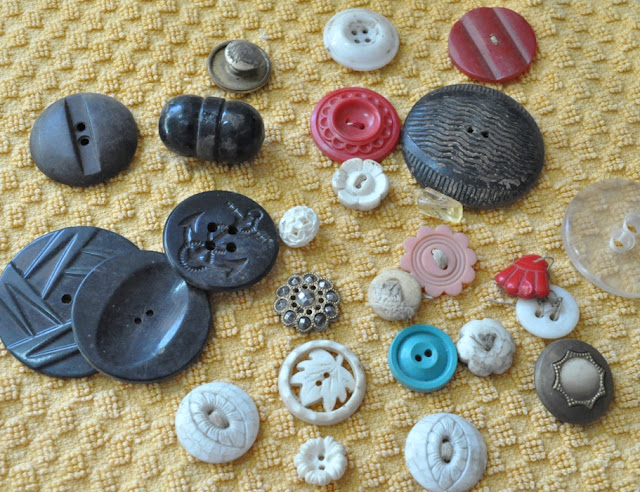 To be cleaned and added to these for sorting out again later: 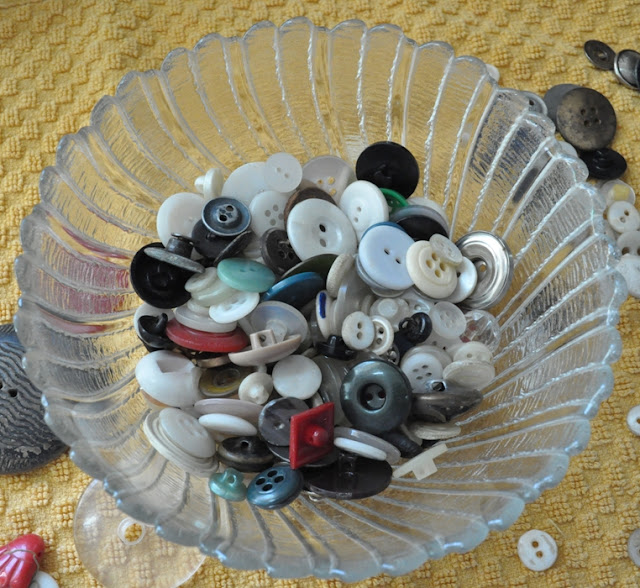