So glad that my November 30-Day Minimalism Challenge is over - though, the hardest part was stopping to photograph every day's items that were leaving.  Sometime next week I think I will post some thoughts about the experiment, but I'll just say here...  the challenge to declutter, get rid of, minimize - has only begun!

This weekend, after the Thanksgiving celebrating was over, I picked up my crochet hook once more and made some pretty Ariel Snowflakes: 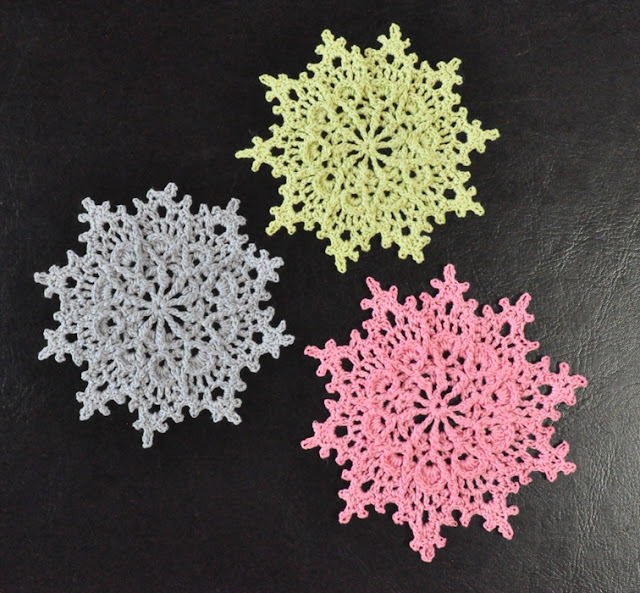 I'm not sure why they're called snowflakes since they have 10 points, but that shouldn't stop anyone from enjoying them.  The pattern (which is searchable online) is well written, and I enjoyed working these very much.  I had to fiddle a bit with the picots to get them just right (it could have been just me, though).  And it wasn't until pinning them out to block that I noticed I completely left one picot off of one of the "snowflakes" above.  I'm actually surprised only one small picot is missing - that last round was bit tedious, and my eyes tended to want to drop off to sleep...

While I was decluttering in November, other than making the two scarves I showed last week, the only other yarny things I worked on were knitted dishcloths. 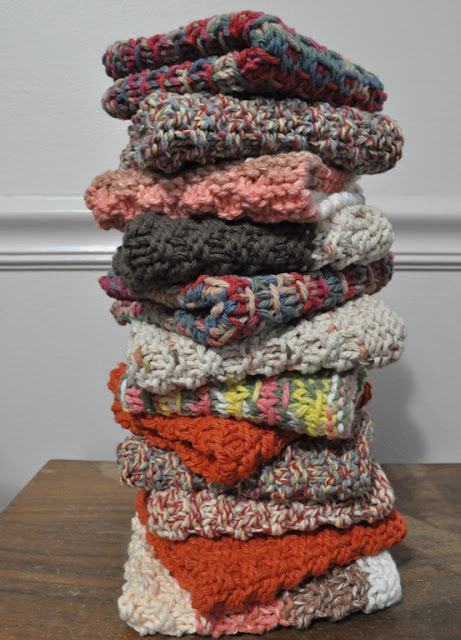 I dug into my scraps for some of these.

And that, dear reader, is all she wrote! 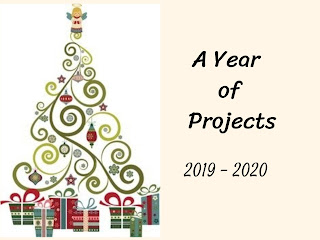 To see what other YOPers are up to
visit their blogs in my sidebar. 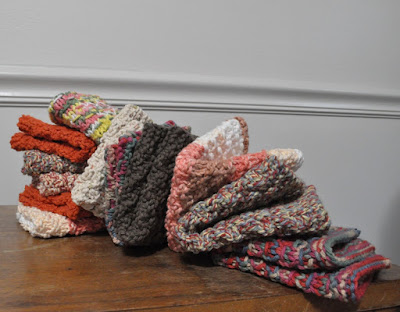