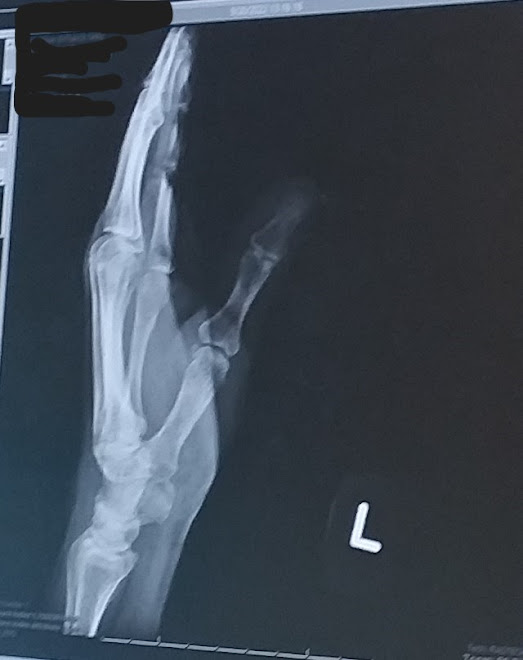 Monday of this week, I traded this: 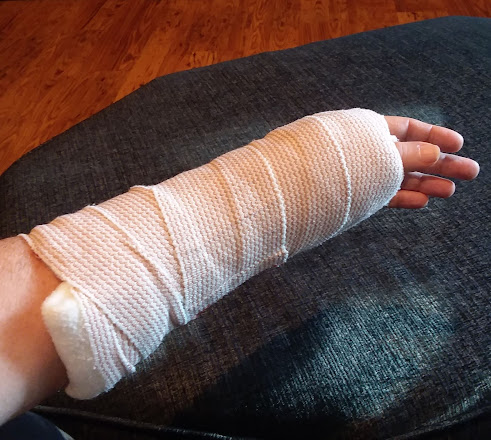 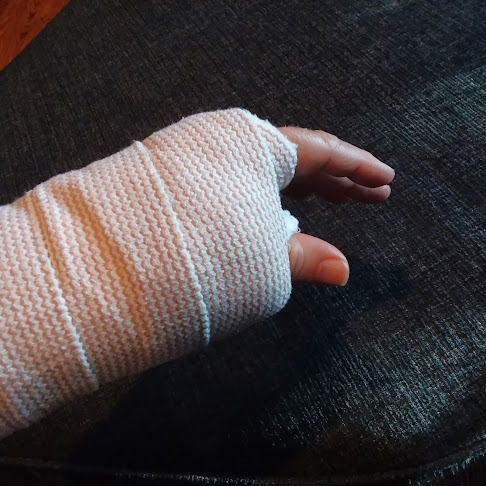 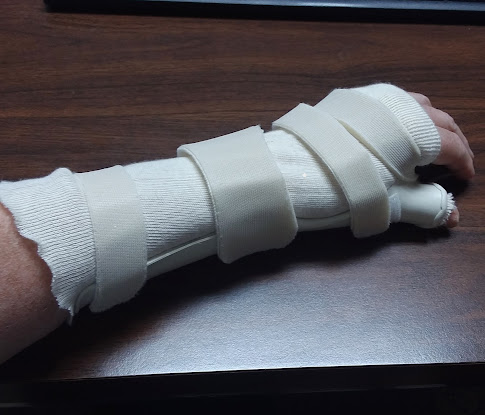 A fun happening...  The Physical or Occupational Therapist who created my splint is a young lady I've known since she was probably in middle school.  Her family and ours were in two homeschool co-ops together, and eventually in the same church.  I don't think I've seen her but maybe once since she graduated and went off to college.  And now 12 years later we ran into each other in an Indianapolis hospital and I had the pleasure of receiving the sweetest care while we caught up a bit on each other's families.  Is that just the best kind of surprise or what! 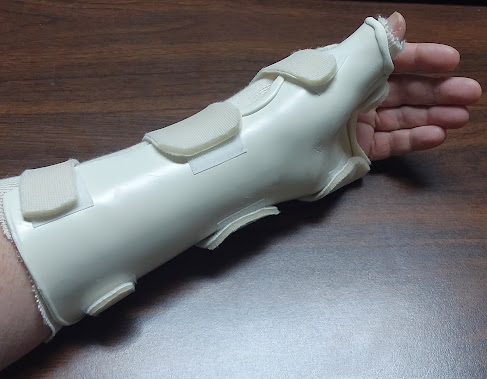 While the removable splint is its own kind of miserable, it's definitely an improvement over the thick splint and wrap I left the surgery center in two weeks prior.   Mostly because I can take this one off for short stints when I'm sitting and not moving my hand. 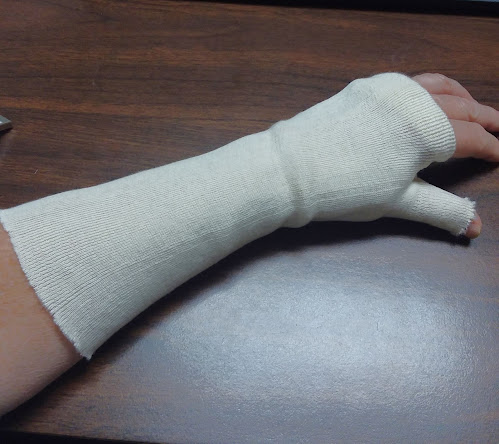 Above, I show the liner I wear with the splint, and provide links below on the chance that anyone reading finds themselves ever needing something like this.   I bought these off Amazon:  A package of off-white ones (in size small) that match my splint, and a package of white ones (medium size) that are a little less expensive.  I found these by accident when I went online looking for more of the material the OT gave me because I realized once I was home that what I was given from OT wouldn't last me very long.

The liner I received in OT didn't have a thumb section - only a hole the OT-ist cut to poke one's thumb through.  What speeded my realization that a thumb section on a liner would be a great help is that the cut thumb hole stretched.  A LOT.  Which was problematic because I found it really difficult to tolerate my now nerve-sensitive skin being in constant contact with the plastic splint.  And when my super tender skin near the surgery site would occasionally pull away from the plastic (or I would pull the splint away from my skin), it was downright painful.   It only took me one night of that misery to decide to purchase these liners.  And thank goodness, through the wonders of Amazon Prime I had them the next evening.  Wearing a liner with a long thumb covering makes a big difference in the comfort level.  If you're ever fitted with a hard splint, I recommend a liner like this.  I've also seen someone wear these with soft splints.  I imagine they would help a soft splint stay a bit cleaner...

Just for fun, here's a picture the surgeon drew for Hub after surgery - to show him what was involved: 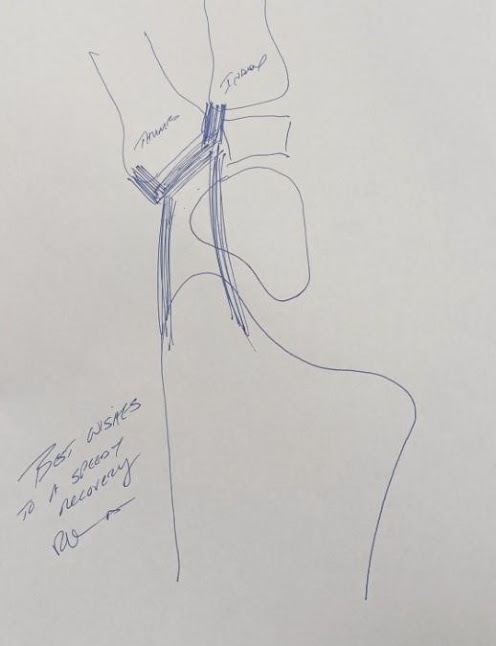 My surgeon does a variation of CMC Arthroplasty, where after removing the trapezium bone (at the base of the thumb) he pulls tendons together under the thumb to create a little sling or hammock to support the remaining thumb bones.  This surgery is done to relieve (and remove) severe arthritis of the basal joint of the thumb.  A not uncommon ailment for women (and some men) around my age (early 60's).
My OT (who is someone different from my young friend who created my splint) told me that of all the patients he helps (working with patients of 3 different hand surgeons in the same practice), the ones with this type of surgery and after-surgery-splinting seem to have the fewest complaints during OT.  I'm braced for quite a bit of pain before completely healing, but since I haven't started OT yet, I don't really have a clue what exactly that means.  I'm feeling thankful, but not sure why.
And that's week three after surgery!  I don't necessarily plan to give regular updates, but if anyone is interested in what is involved (either before or directly after surgery, or during the physical and occupational therapy), let me know and I might just share more.  I expect to be doing the work of therapy for the next three months.  Hopefully, I'll finish before the end of the year, but time will tell.
Praying for people struggling with the devastation of Hurricane Ian.  And for those who perhaps didn't lose anyone, or anything valuable, but are going to experience their own kind of loss as they help others, and simply live and work amongst the constant reminders of this tragedy.  It's amazing to see so many volunteers already setting up to help those in need, and to serve those who are already working tirelessly to rescue and recover.  While Operation BBQ Relief has been around for years, I heard about this organization for the first time on tonight's ABC evening news.  The segment with David Muir was more detailed and gave more information about what all is really involved in this operation, but this will give you an idea of what these people do, if you don't know:
I love the comment:  "Tell me you're American without telling me you're an American."